﻿﻿﻿      Get your Collaboration
agreement registered in

Updated on 8 September, 2017
X  We provide services for the drafting of Agreement to Sell in Delhi. 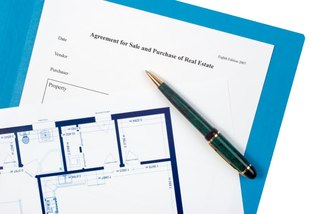 Development / Collaboration Agreement
﻿A Collaboration or  Development agreement is an arrangement whereby an owner of a plot of land without any funds or the independent resources to construct a new building on his land agrees to engage a builder or a developer for such purpose with the consideration for the construction being paid by allocation of a part of the constructed area.

There could be several variants of this basic structure of a development agreement with the agreement either providing for the owner being entitled to a sum of money in addition to a specified share in the constructed area or with a developer being required to free the land of its encumbrances, whether monetary or otherwise, prior to the construction being taken up.

In a collaboration transaction, the builder always tries to get the collaboration agreement drafted and prepared by his own lawyer so that he can get it made in his favour. It has been observed that such agreements are always tilted in favour of the builder and intentionally omit the points in favour of the land owners. The land owners just to save a few thousand rupees, do not get the collaboration agreements checked from a lawyer/specialist and sign the agreement made by the builders. It is only later that they realise their mistake of not having consulted a legal specialist, but by then it's already too late and they are left at the mercy of the builder.

﻿Many private developers (by forming cooperative group housing societies (CGHS) or welfare societies) are entering into collaboration agreements with the farmers / owners of agricultural land in Delhi for the purpose of the new DDA land pooling policy.

Registration of Collaboration / Development Agreement has now been made compulsory in Delhi. ﻿These Agreements will now have to be compulsorily registered in the office of the Concerned Sub Registrar within whose jurisdiction the property is situated after payment of applicable Stamp Duty on the Collaboration agreement.﻿


Disclaimer: The information contained in this website is provided for informational purposes only, and should not be construed as legal advice on any subject matter. The use of this web site, and the sending or receipt of information does not create an attorney-client relationship. By using this website you agree that there has been no advertisement, solicitation, invitation or inducement of any sort whatsoever from us to solicit any work through this website.