Get Your Documents Registered at    Janakpuri E Sub Registrar Office 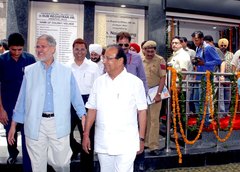 The Janakpuri E Sub Registrar office is the 11th E- Sub Registrar started by the Delhi Government w.e.f 18th June, 2014. Registration of documents for the transfer of ownership of properties located in West Delhi takes place at this office. It is built over an area of 330 sq meters and is centrally air-conditioned with latest  equipments and infrastructure. Entry to the registrar office shall be allowed only to the authorized persons through access card and smart cards shall be provided to the authorized persons to enter the office.

Our company provides services for the Drafting and Registration of the following Legal Documents at Janakpuri Authority /  E Sub Registrar Office in West Delhi:

﻿The Janakpuri area initiated its development in the 1970’s. Popular for big sized villas and residential plots, Janakpuri in West Delhi is a residential colony, included among one of the most well-organized regions of West Delhi. Recently, it has been acclaimed for its ‘sought-after’ residences in the commercial complex of District Center, with various businesses and government offices evolving.

Known as the colony of Parks, it is one of the most peaceful and calm residential areas of Delhi.

In 2008, the present geographical structure of Janakpuri constituency came into existence by the implementation of the recommendations of the Delimitation Commission of India, which was constituted in 2002.

The population of this area mainly comprises mostly Punjabis with roots in Pakistan.﻿
﻿

﻿
Disclaimer: The information contained in this website is provided for informational purposes only, and should not be construed as legal advice on any subject matter. The use of this web site, and the sending or receipt of information does not create an attorney-client relationship. By using this website you agree that there has been no advertisement, solicitation, invitation or inducement of any sort whatsoever from us to solicit any work through this website.
Click to set custom HTML